The 2018 Digital Rights Africa report focused on the main theme,“Legislating Restrictions:How African Governments Use Repressive Laws.” The report although restricted to only eight countries in Africa was very thorough with disturbing examples of several instances where some governments have adopted repressive legislation to abuse the digital rights of its citizens.

The first part of the report was divided into two sections. The first section focused on the increasing rate of internet shutdowns by repressive governments across the continent. An important take in this section had to do with the relationship between dictatorial nations on the continent and their propensity to stifle critical speech by placing restrictions within the digital space.

A list of countries where there were internet shutdowns; Ethiopia, Mali, DR Congo, Sierra Leone, Chad and Cameroon can all be described as struggling and or undemocratic States with very weak institutions and checks and balances. This demonstrates that any effort to promote digital rights in Africa must also focus on deepening democracy in these countries.

The second section of the first part also focused on the role of civil society in mitigating the increasing attempts by some governments on the continent to stifle digital rights. An important point highlighted in this section had to do with, “building bridges of understanding between civil society organisations and legislators towards improving the legal framework around digital rights in Africa.”

Although highlighted, I think it is still important to underscore the successful story of civil society partnerships with the legislature in Nigeria resulting in the passage of the Digital Rights and Freedom Bill into law. This could serve as a model for study and adoption by other civil society actors in other African countries.

While the role of civil society cannot be underestimated in promoting digital rights in Africa, I believe this section should have also highlighted the important role the media plays in driving the conversation, educating the public and influencing the needed positive and progressive change we all want to see in the digital space across the continent.

The second part of this report focused on the profiles of eight countries and the general outlook of their digital rights eco system. These countries were: Nigeria, Uganda, Cameroon, Tanzania, Egypt, Morocco, DR Congo and Benin.

This section is very informative because it didn’t only highlight the demographics of the countries listed above but linked their demographics to its internet and mobile telephony penetration, digital communication and the digital rights status.

This section is particularly important because it highlighted several instances where the legal regime was abused by state actors to oppress journalists, activists and members of civil society organisations.

The organization of this section beginning with the demography of each nation, its internet/digital communication eco system and its digital rights status including abuses by state actors gives readers a broader understanding and provides a better context to the challenges confronting the continent when it comes to digital rights.

How can the report be improved?

The 2018 Digital Rights Africa report gives a general overview of the digital rights status of eight countries on the continent.

The report excluded a number of important themes within the digital rights eco system which I think when added would make it more inclusive as well as reflect the broader themes of digital rights in Africa.

Future reports could highlight issues about digital inclusion with the ultimate goal to provide a document which assesses the various elements and policies which can improve access to equitable opportunities in a digital space. Digital Inclusion is about both identifying those with less or no access to the Internet (e.g. underserved communities, marginalized groups, the minorities, people with disabilities or people lacking digital literacy) and it is about activities related to the achievement of an inclusive information society.

A future version of the report could also address the broader issue of data governance. The generation, collection, storage, transfer and processing of data (including personally identifiable data) have enabled new social, cultural, and economic opportunities than ever previously imagined. At the same time, the massive collection, transfer  and processing of data (in particular through the application of algorithms/AI/machine learning) by public as well as private entities pose challenges around privacy, freedom of expression and the exercise of other human rights. Future reports reflecting approaches to ensure the development of human-centric data governance frameworks around the continent would add a very important dimension to the digital rights discussion in Africa.

Finally, the introduction of a unified gauge and ranking system which will track digital rights across the continent based on key digital right indicators will be a sure way to drive interest in the performance of countries when it comes to digital rights in Africa.

This model could also serve basis to put pressure on repressive regimes around the continent who abuse the digital rights of its citizens. This ranking could also be used to encourage countries which are performing very well to serve as model for other nations.

The full report can be accessed here. 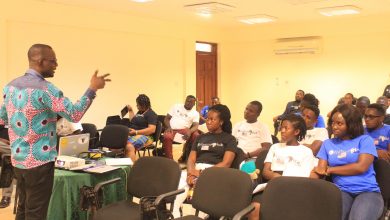 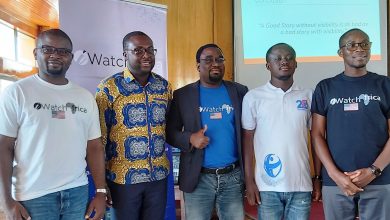