The project, “Leveraging the power of data and digital tools to Stop Human Rights Abuse – An iWatch, CHRAJ and Police Collaboration”, will train and empower journalists with data and digital tools to find and report on cases involving human rights abuses and corruption. The launch is set to take place at the Yiri Lodge, University of Ghana on Tuesday, 22nd October 2019 at 9:30 am prompt. Below are the profile of our facilitators;

Mawuli Tsikata is a Digital Media Strategist and Data Journalist with several years of experience.

He was until December 2018, the New Media Manager at Citi FM and CitiTV in charge of the digital presence of the media house.

His leadership spurred the station on to win many awards in the Social and Digital Media space. He is credited with the revolutionary use of social media by the station which forced the Ghanaian media industry to follow. He has managed respected local and multinational brand accounts on social media and has conducted trainings for several organizations.

Mawuli is a director of iJourno Africa, the pan-African data journalism organization that trains student journalists in Ghana and Kenya. He was a key member of the Ghana Decides team that for the first time, made the coverage of Ghana’s General Elections on social media an important part of bringing information closer to the doorstep of Ghanaians.

Mawuli Tsikata is also the Lead Pastor at Grace Centre, a thriving and vibrant church of young professionals in Accra.

Profile of our facilitators-Human Rights Abuse and Corruption Project.

Prince Appiah is a passionate journalist who specialises in human interest stories.

In 2014, he received training in Human Rights Reporting by the DW Akademie, which compelled him to interlace human rights in most of his stories.

And in 2017, he was selected as finalist for the Thomson Reuters Young Journalist Award on his story that explores the human rights issues of sexual minorities in Ghana.

In 2018, his cross border story dubbed Desert Tomatoes, also explored the human rights abuses, extortion and trade irregularities that Ghanaian tomato traders go through in the quest to import fresh tomatoes from Burkina Faso to Ghana.

The ECOWAS as a result of the story met the leadership of both parties and has drawn a roadmap that has compelled the Burkinabe authorities to strengthen security measures to address the problems.

Prince was adjudged the 2018 Ashanti Region Overall Best Journalist of the Year at the Ghana Journalists Association Regional Awards.

In July this year, he won the 2019 IFAJ/Alltech Young Leader in Agriculture Journalism Award in USA. 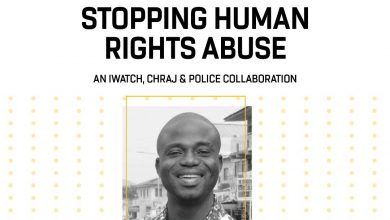