CAPE TOWN, SOUTH AFRICA – WHO Global Ambassador for Noncommunicable Diseases and Former New York City Mayor Michael R. Bloomberg has announced the winners of the Bloomberg Philanthropies Awards for Global Tobacco Control which celebrate the significant strides made by organizations implementing anti-tobacco policies in low and middle-income countries. He made the announcement at the 17th World Conference on Tobacco or Health, which was covered by iWatch Africa’s Gideon Sarpong.

“Congratulations to all of the winners for their outstanding work, which is saving lives every day,” said Michael R. Bloomberg, WHO’s Global Ambassador for Noncommunicable Diseases. “Over the last decade the global effort to fight tobacco use has come farther than almost anyone imagined possible – but we will have a long way to go, and these honorees are helping to lead the way forward.”

Each year, nearly 7 million people are killed by tobacco, more than are killed by alcohol, AIDS, car accidents, illegal drugs, murders, and suicide deaths combined. Since 2003, Michael R. Bloomberg has led the fight for tobacco control across the globe starting when he championed the Smoke Free Air Act banning smoking in bars and restaurants in New York City, inspiring many other cities to adopt similar measures. Through Bloomberg Philanthropies, the Bloomberg Initiative to Reduce Tobacco Use works with organizations across the globe to implement policies in low and middle-income countries where 80% of tobacco-related deaths occur.

The six chosen honorees highlight the tangible progress to control tobacco and represent the effectiveness of the MPOWER policies, a group of effective demand-reduction tobacco control policies. One award was given in each of the MPOWER categories. MPOWER categories include: Monitoring tobacco use and prevention policies; Protecting people from tobacco smoke with smoke-free air legislation; Offering help to quit tobacco use; Warning about the dangers of tobacco with pack labels and mass media; Enforcing bans on tobacco advertising, promotion and sponsorship; and Raising taxes on tobacco.

The 2018 Bloomberg Philanthropies Award winners are:

“It is because of organizations like this year’s MPOWER winners who are helping us fight and win the battle against big tobacco,” said Dr. Kelly Henning, Director of Public Health Programs at Bloomberg Philanthropies. “Their citizens and constituents will be reaping the reward of their efforts for generations to come, and we hope that by showcasing these awardees’ successes others may be inspired to follow suit and take action in their own countries.”

The Bloomberg Awards for Global Tobacco Control were first hosted in 2009 at the 14th World Health Conference on Tobacco or Health in Mumbai and most recently in 2015 when the 16th Conference was held in Abu Dhabi.

The award was designed by Francis Kéré, a German-trained architect from Burkina Faso. Kéré represents socially responsible architecture and is known for his focus on participation, innovative use of material and sustainability. In 2005 he founded the office Kéré Architecture in Berlin, which has been recognized nationally and internationally with awards and major commissions including the Serpentine Galleries Pavilion in London. His sculpture for the 2018 Bloomberg Philanthropies Awards for Global Tobacco Control combines wood and brass, a sustainable and a recyclable material. The organic shape of the trophy reinterprets traditional African carving techniques and is complemented by a brass ring that surrounds the log like a medal honoring the recipients’ engagement.

About the World Conference on Tobacco or Health

The 17th World Conference on Tobacco or Health (WCTOH) will be held in Cape Town, South Africa from 7-9 March 2018. It will unite researchers, academics, non-governmental organisations, civil society, scientists, healthcare professionals and public officials working on all aspects of tobacco control from more than 100 countries.

Convened by the Advisory Board for WCTOH, the Cape Town Consortium and the Conference Secretariat, The Union, the WCTOH is a call for a collective resolution to fight tobacco by working together and integrating tobacco control into our health and development goals. Held once every three years, the WCTOH is the premier, international conference on tobacco control.

The conference will meet under the theme of Uniting the World for a Tobacco-Free Generation, recognising that tobacco control is a global issue, crossing all geographic boundaries. This has been realised through the World Health Organization’s Framework Convention on Tobacco Control (FCTC), which stands as the backdrop for the conference and for our global response as the only internationally, legally-binding health treaty of the 21st century. Only by coming together will we truly be able to be tobacco-free. 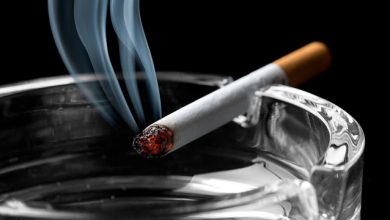