The Lands and Natural Resources Minister, Kweku Asomah Cheremeh, has assured that the government will be keeping a closer eye on mining firms amid fears of financial loss from the sector.

iWatch Africa in our report revealed that the failure of six mining companies to pay dividends deprived the state of $14,148,373.

Mr. Asomah Cheremeh told Citi News that if firms are found to be shortchanging the state, “then the wrath of the government would be visited on them.”

He insisted that he will champion the interest of the state “and that can even cause the revocation of the licences.”

iWatch Africa said its review of the financial statements of these mining companies indicated that they failed to transfer dividends attributable to the government.

iWatch Africa also contended that the companies failed to obtain the needed approval from the Ministry of Finance to reinvest the dividends.

The Auditor General in his 2018 report revealed the absence of government representation on the boards of these mining companies, despite government ownership of 10 percent carried interest.

According to the Auditor General, this “inhibits oversight functions and possible cause for cost manipulation by the mining companies.”

Ghana has a 10 percent interest in all mining companies registered under the Companies Act of 1963 and these companies are to submit their returns to the Registrar General’s Department and the Minerals Commission annually.

In addition, they are supposed to conduct annual self-assessments and report to the Ghana Revenue Authority. 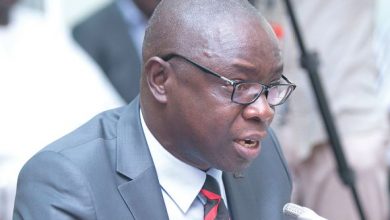