Amadu Yussif, a 15-year-old boy was shot in the West Mamprusi Municipality of the North East Region for flouting government’s directive on public gatherings on Saturday, June 6.

iWatch’s correspondent, Mohammed Fuseini  indicated that the victim in the company of friends were holding a disco jam at Next Level Club, a popular entertainment center in Walewale, when police stormed the venue resulting in some altercation.

In an interview with 3news.com, the Municipal Police Commander, DSP Paul Peter Akabati, confirmed the incident but denied it was the police who shot the boy.

According to the Commander, he received a report about the partying on-going around midnight of Saturday and so deployed his men to go and order all to leave.

So they came out and attempted escaping their various homes but the young man that was shot ran and climbed a tree and so in the process of the police trying to retreat because of the stones being thrown at them, a gunshot was heard.

The police retaliated by also firing two warning shots, DSP Akabati narrated. This, he said, calmed the tension but later heard that someone was injured. The police rushed the victim to the Walewale Municipal Hospital and he was admitted and attended to at the emergency ward.

The commander further revealed that some ammunition penetrated through the victims bottoms which he believes is as a result of the victim climbing the tree.

DSP Akabati disclosed that health personnel will be conducting an X-Ray on him Monday, June 8 to know the level of injury. He revealed that investigation has commenced into the matter.

The organisers of the event have been invited to assist in investigations. No arrest has, however, been made so far. The Municipal Commander says he is not sure at the moment which bullet hit the boy until investigations are finalized.

Meanwhile, the victim has accused the police of being behind the act. According to Amadu Yussif, he took to his heels immediately the police arrived but was hit at his bottom. He said he didn’t know it was a bullet until he tried to get up and felt the pain and touched his bottoms and saw the blood. He also refuted claims by the police that he tried climbing a tree and was shot.

The family of Yussif has however called on the chief in Walewale to hold the police accountable and punish the culprits. 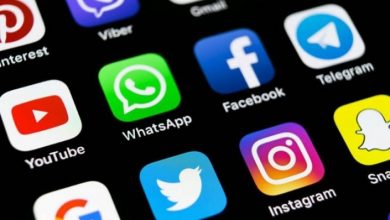