ACCRA, Ghana – Stephen Garba, from Gwoza community in Borno State lost all his siblings and several relatives during a deadly Boko Haram attack seven years ago. Fortunately for him, he had travelled to a nearby village on the day of the attack.

This year marks the seventh year since the Islamist group Boko Haram’s violent attacks began to spill over Nigeria’s north-eastern frontier in 2014.

According to data from the UNHCR , over 3.2 million people are displaced, including over 2.9 million internally displaced persons (IDPs) in north-eastern Nigeria, and over 684,000 IDPs in Cameroon, Chad and Niger.

Life has become difficult for Stephen who is currently residing with his four children in one of the IDPs camp in Maiduguri.

“I have never bothered to go back to my house since the attack”, Stephen said, adding that the attack has left him, “living in abject poverty.”

A three-month investigation by Gideon Sarpong and Elfredah Kevin-Alerechi based on interviews with dozens of security experts, gunsmiths, government officials and review of police records has revealed a clandestine network of gunsmiths, criminal networks and arms traffickers who exploit the porous borders across the West Africa and Sahel region to traffic illicit SALWs, which continues to fuel conflicts across the region. The investigation also showed that unrest in places like northern Nigeria, Côte D’Ivoire, Burkina Faso and Mali has increased the demand for SALWs and significantly weakened the ability of their central governments to control their respective territories and the borders heightening insecurity in the subregion.

The proliferation of illicit SALWs has played an important role in the operations of non-state armed groups fueling their attacks in West Africa, particularly northern Nigeria and the Sahel region.

Abdullah Aziz is a 70-year-old gunsmith based in Bimbilla, the capital town of Nanumba North District in Ghana. Although, he acknowledges that manufacture of SALW is prohibited under Ghana’s laws and could face prosecution if he is arrested, it doesn’t deter him from engaging in the trade.

“I got the training from my father, and I have passed it on to my son. We recognize that the production of these guns is illegal but it is all I have known my entire life. We would like the government to regularize it and give us the necessary support,” he said.

Abdullah also claims that he doesn’t sell his craft weapons to “criminals and smugglers,” but there is no way he can control where his guns end up and what they might be used for.

The situation is not entirely different in Nigeria. Ibrahim Abdulahim, a blacksmith in Kano state, in northern Nigeria, has been a manufacturer of craft weapons for close to two decades. But until recently when he was mandated by law to regularize his operations, he admitted that he was “producing local weapons for everybody.”

With craft weapons selling between US$90 to US$150 in West Africa (depending on the type of firearm and level of technicality), the likes of Abdullah and Ibrahim can boast of a relatively comfortable standard of living. They are among thousands of gunsmiths and traffickers dotted across Ghana and the sub-region cashing in on this illicit activity.

A 2020 report by the BBC estimated that gunsmiths in Ghana produced up to 200,000 guns a year. Considering that Ghana has not experienced any major conflict or violence that requires the use of arms on such a large scale, some experts have suggested that these craft weapons end up fueling conflicts in neighboring countries.

“We know that for as long as the blacksmiths exist and continue to perfect their trade in the various weapons and the ammunitions that they manufacture, there is certainty that some of these arms are involved in the conflicts in the sub-region, said Yaro Kasambata, coordinator at the Centre for Peace and Security Research of the University of Professional Studies Accra.

Yaro however explained that, “to be able to point to or quantify them [craft-produced weapons] in their number or estimate is impossible because the trade currently is highly secret, it is illegal and even the state is unable to tell how many guns are manufactured.”

Meanwhile in Nigeria, a succession of state-level arms collection programmes beginning in 2016 has so far retrieved over 7000 weapons in Nigeria’s northern and central states, with craft-produced weapons being the majority according to a 2020 report by Conflict Armament Research.

While most improvised and craft-produced firearms are likely to be employed in the country in which they are manufactured, evidence points to an increase in the number of organized international transfers.

The report also showed that weapons that were documented during field operations in the three northern Nigerian states have commonalities with small arms previously in service with national defence forces in Cote d’Ivoire and with weapons that Conflict Armament Research has documented in Libya.

“The Nigeria borders are so porous that the security agencies are not covering all the borders. There are over 2,000 entry points from the north to south of the country these terrorists use to bring arms into the country. And, all these borders cannot be manned by our security agencies we don’t have enough security officers to man these porous borders,” the retired Colonel disclosed.

Several years of political instability and unrest in places like Libya, DR Congo, Ivory Coast, Burkina Faso, Chad and other parts of the region and the resultant economic pressures and lack of security have, all “aided the proliferation and trafficking” of small arms in the region says Colonel Owhonda.

In April 2015, customs officials in Pô seized a vehicle which entered Burkina Faso from Ghana with a load of 250 kg of explosives, 200 pyrotechnic detonators, 350 metres of detonating cord, and five 50-litre jerry cans of cyanide.

According to the Small Arms Survey report, several incidents involving explosives smuggling have occurred in Pô and Zabré, pushing the authorities of Ghana, Burkina Faso, Benin, and Togo to launch a joint operation in 2018. The operation resulted in the dismantling of a smuggling ring suspected of affiliation to terrorism that operated along the border area shared by the three countries in the twin cities of Cinkansé (Burkina Faso) and Cikassé (Togo). The Ghana Police did not immediately respond to a request for comment.

Also, in June 2019, Nigeria’s Police Intelligence Response Unit arrested a notorious arms-smuggler, Ojomo Adebowale Gbenga alongside three members of his syndicate during an operation in the North-Western part of Nigeria.

Ojomo Adebowale Gbenga, who admitted to being a “gunrunner” for the last 15 years revealed that he worked closely with agents in Ghana and Burkina Faso who helped to facilitate the so-called ‘ants trafficking’ of cargo into Nigeria.

“I have contacts in Burkina Faso and Ghana… They conceal it [firearms] in a vehicle, under the floor of the vehicle. Perfectly concealed and sometimes they use hides and skins which they have it more in Burkina Faso and the Sahara areas,” he told the police.

Although the matter is still in court, a statement from Police PRO DCP Frank Mba, indicates that the syndicate, “specializes in smuggling SALWs and ammunition” from the Sahel region and in West Africa.

Their activities “overlap” with that of other criminal networks, “ranging from kidnapping, armed robbery, banditry and cattle rustling,” the statement confirmed.

These reports also confirm trafficking routes published by the European Council on Foreign Relations focused on West Africa and the Sahel region.

All of these pose a significant threat to the stability of nations across the sub-region. Côte d’Ivoire and Sierra Leone have ranked domestic craft production as the most significant source of illicit arms in their countries (for Côte d’Ivoire, craft production ranked first together with cross-border flows by land), while Guinea reported illicit cross-border transfers of craft weapons by land to be its main concern.

“Each of these flows of illicit small arms comes with its own set of actors, and presents unique operational challenges to anyone who attempts to control it,” he said.

“There is no quick fix to the problems of illicit arms flows and armed violence in Africa. The challenges that need to be addressed are multiple and particularly complex.”

So far, the African Union effort to combat weapons trafficking, particularly tackle the vast number of illicit SALWs on the continent as part of the Master Roadmap of Practical Steps to Silence the Guns in Africa by Year 2020 has failed to achieve its targets.

Several African states engaged in the manufacture of SALWs and ammunition have failed to sign or ratify the 2014 Arms Trade Treaty (ATT).

“The ATT will encourage member states to ensure that all guns coming into one’s country and leaving the country bear a unique identification number which helps in the tracking of the sale of arms,” said Yaro Kasambata.

“It is the only way we can trace where the source of a gun comes from and then use it to serve as a basis of monitoring both at the local level and at the sub-regional level, but the political will to speed up the process leading to efficient laws are not forthcoming,” he added.

All of these revelations raise important questions about what officials in the region are doing at the local level to address the proliferation of SALWs.

A government official at the SALW Commission in Ghana, who was not authorized to speak publicly admitted that the government has, “very little intelligence about the operations of the gunsmiths and arms traffickers dotted all over the country.”

“We tried to get closer to them and organize them into associations in our effort to deal with the illicit production and trade of SALWs but we have seen very little success due to the underground nature of their activity,” he disclosed.

Mr. Insiah, a secretary of the Blacksmiths Association in the Ashanti region of Ghana is of the view that, “government support to registered blacksmith associations could empower them to track and report” colleagues engaged in the illicit production.

Meanwhile in Nigeria, a top security official who spoke on condition of anonymity has accused some security officers of “conniving with weapons smugglers” to bring illegal weapons into the country through the sea and also unapproved borders routes.

“Our people leading the border are not serious, they are not qualified. They are only fixed by people who have interest in the juicing things [profiting] that come out from illegal dealings,” the source said.

Retired colonel Chinedu Owhonda has however urged the Nigerian government to equip the security personnel with the right gear and weapons, as well pay allowances on time and constantly rotate officers working at the border in the effort to curb illicit trafficking of arms.

For Yaro Kasambata, the proliferation of SALWs has been a major problem because of, “largely state failure to deal with the problem and the complete absence of laws recognizing the licensing regime.”

The solution, he argued lies with the “establishment of a regulatory framework that would recognize the existence of the problem, regulate, monitor, inspect and license the whole production of small arms and light weapons.”

This article was developed with the support of the Money Trail Project (www.money-trail.org). 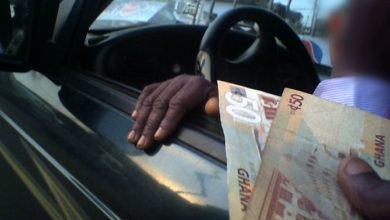