He is part of four Ghanaian journalists to participate in the 17th edition of WCTOH, the first to be organised on the continent of Africa. Gideon Sarpong is sponsored by the Bloomberg Philanthropies and Vital Strategies to attend the conference from 5th-7th March as well other pre/post conference activities.

Journalists attending the conference have been trained in the effective use of data in public health reporting which preceded the main conference that began on Wednesday.

“The conference so far has been a very educative one for me, and i look up to vigorously taking up tobacco related stories when i return to Ghana”, Gideon Sarpong stated.

The Conference will feature a breaking research on e-cigarettes and the impact of tobacco point-of-sale display bans as well as the growing trend towards flavoured cigarettes; and the financial impact of smoking on economies and individuals.

The conference includes a workshop on Effective Use of Data in Public Health Reporting by Vital Strategies and Bloomberg Data for Health Initiative.

It is expected to build the skills of the journalists in using data for effective reporting.

According to Professor Harry Lando, Chair of the 17th WCTOH advisory board, “The high quality of the science being presented in Cape Town comes at a pivotal moment in tobacco control.

“On the one hand we will see research being presented confirming the astounding public health progress made to eliminate smoking over the past decade but challengingly, we will also see research on trends that are currently shaping the future battle lines of tobacco control on a global scale,” he stated.

“For the past 50 years, WCTOH has been the premier international forum on tobacco control and this year’s event – the first to be held on the African continent – is expected to attract over 2,000 researchers, scientists, civil society, healthcare professionals, policymakers and media representatives from more than 100 countries. Tobacco use is the world’s leading preventable cause of death killing more than seven million people each year,” said Dr Flavia Senkubuge, President of the Conference.

A number of key sessions focusing on the upcoming challenges for tobacco control will also feature prominently at the conference.

While tobacco use is decreasing in many countries, evidence has shown that smoking rates in Africa are anticipated to rise dramatically.

By 2030 the number of smokers in the region is projected to increase by 40 percent from 2010 levels, unless there is significant intervention.

Africa continues to be aggressively targeted by the tobacco industry, as it represents an opportunity for considerable market growth.

“It is highly significant that the WCTOH is taking place on the African continent for the very first time – in many ways the region is a test case for the future direction of tobacco control and its ability in the coming years to rein in aggressive interference from Big Tobacco,” said José Luis Castro, Executive Director of the International Union Against Tuberculosis and Lung Disease (The Union), the WCTOH Secretariat.

The theme for the conference is, “Uniting the World for a Tobacco-Free Generation” with an overarching focus on expediting progress to reduce tobacco use in all populations around the world – using new research and innovative approaches in public health, as well as powerful but under-used policies, including tobacco taxation and those aimed at preventing industry interference.

This conference is being organized by the National Department of Health (NDOH) South Africa, in conjunction with the Local Organizing Committee (LOC), the International Union Against Tuberculosis and Lung Disease (The Union) and the Conference Advisory Board in collaboration with World Conference on Tobacco or Health (WCTOH). 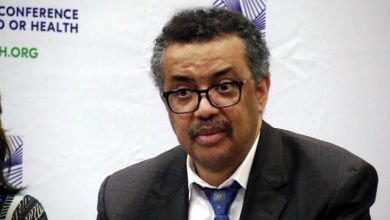